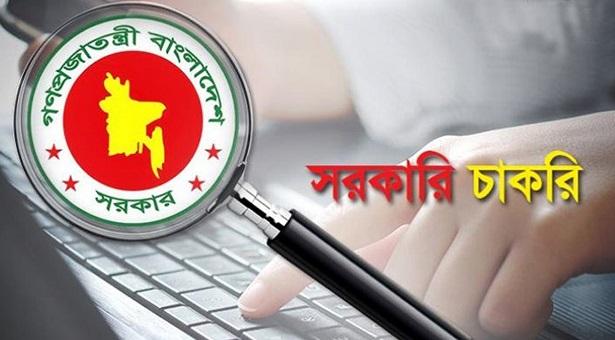 Due to the ongoing corona crisis, the publication of government job advertisements has been suspended since last March. In addition, many officers have retired during this period. As a result, the number of vacancies in government service has increased at a significant rate. At present, there are three lakh 8 thousand 338 vacancies. Which is 21.28 percent of the total posts?

It is learned that the Ministry of Public Administration has released the updated statistics of government officials and employees on July 29. Analyzing these statistics, it can be seen that in 2013, 18.70 percent of the total posts in the government service were vacant, but in 2016, it has increased to 21.28 percent.

According to the latest statistics, there are 14 lakh 33 thousand 946 people working in the government service as against 18 lakh 21 thousand 274 approved posts, there are three lakh 6 thousand 336 vacancies.

Job seekers are also angry as a large number of posts are vacant. They say that there are so many vacancies due to the indifference of the concerned ministries of the government. Due to the lack of ‘sincerity’ of the senior officials of the ministry, it is not possible to fill the posts on time.

However, State Minister for Public Administration Farhad Hossain said they hoped the coronavirus outbreak would subside in August. If the situation improves, decide on the pending issues.

Meanwhile, an official of the Ministry of Public Administration said on the condition of anonymity that there are so many vacancies in the government service due to the ‘indifference’ of the ministries. These posts can be filled quickly only if the ministries are more active. But it is also true that all the time someone is retiring, new appointments are being made. The number of employees in government jobs never goes up to 100 percent.

There are no accurate statistics on the number of job seekers who have increased since the announcement of government jobs due to the coronavirus epidemic.

An official of the Ministry of Public Administration said that no appointment has been made in the last six months for various non-cadre posts and third and fourth class posts. But due to the end of the service age, many officers and employees have retired at this time.

The Controller of Examinations (Cadre) of the Public Service Commission (PSC), IEM Nesar Uddin, told the media that the recruitment process for the cadre posts is still going well despite the epidemic. However, several examinations could not be taken for non-cadre posts.

Of these, one lakh 79 thousand 462 people are working against two lakh 20 thousand 402 posts of the first class.

As the spread of Covid-19 continues to increase in Bangladesh, PSC has not issued any recruitment notification during the 7 consecutive days of the general holiday from March 26. Earlier, the commission had not issued any new notification for recruitment since last December.
However, in the first week of June, after the general holiday on May 30, the PSC has published several recruitment notices for non-cadres. Several ministries have issued notices.

State Minister for Public Administration Farhad Hossain said, “I hope the coronavirus infection will decrease by August.” If the virus infection does not increase, the BCS test will be done in October-November. Many decisions will be made based on the situation in August. The pending issues will be decided at the end of August.

Vacancies in Government Sector are now a major concerning issue. For other details, news visits our website www.resultbdnews.com.